July 17, 2018
Georges Lemaître was a Belgian priest, physicist, and cosmologist who made one of the greatest discovery in modern cosmology in 1927 — our universe is expanding. Four years later, he proposed that the universe began with a “single quantum” — what we now call the big bang. 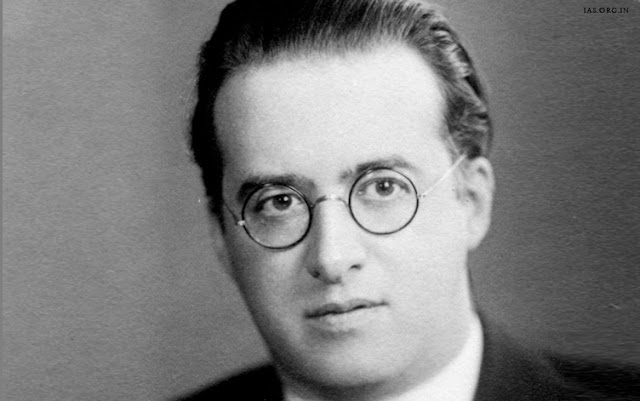 A civil engineer, Lemaître served as an artillery officer in the Belgian Army during World War I. In 1923, he was ordained a priest.

He studied at the University of Cambridge’s solar physics laboratory (1923–24) and then at the Massachusetts Institute of Technology, Cambridge (1925–27).

Today is 124th Birthday of Georges Lemaître. He was born on July 17, 1894, in Charleroi, Belgium and died on June 20, 1966, in Leuven. Yet the public and many scientists remain unaware of Lemaître’s seminal achievements.

1917 - Albert Einstein applied the new theory of Relativity to the universe as a whole. Einstein added the famous cosmological constant to the model - eternally static universe - one that has always been and will always be the same size. He later accepted this mistake as greatest mistake of life”

1927 - Georges Lemaître published his paper in French in which he proposed a linear relationship between a galaxy’s distance and its redshift. In general, the further away a galaxy is, the greater its light is shifted towards the red end of the spectrum (lower frequency).

Lemaître reasoned that on its long journey to the Earth, a galaxy’s light is stretched in frequency by the expansion of space itself. The longer the light’s journey, the more the universe has expanded — thus the greater the light’s stretching or redshift.

1931 - Lemaître proposed an even more radical idea — the universe began as a “single quantum”. The expanding universe must have been smaller and smaller in the past, he reasoned. Thus it must have had a finite beginning. (Cosmic Egg)

1933 - Along with Einstein, Lemaître gave lectures in California.


“The most beautiful and satisfactory explanation of creation to which I have ever listened.”


Lemaître also did research on cosmic rays and on the three-body problem, which concerns the mathematical description of the motion of three mutually attracting bodies in space.