July 16, 2018
UNSC accepted the resolution imposing the arms embargo on South Sudan. Now following this, UN members are called to prevent the sale, supply, transfer of arms and related and related material, and also withhold any training, technical or financial assistance related to the military. However, it exempts other humanitarian activities in this young countries. 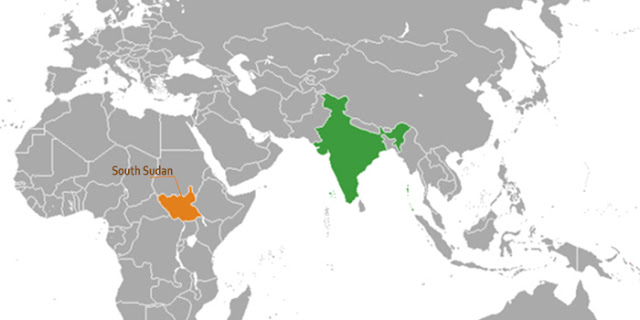 In 2013, tensions between factions loyal to President Salva Kiir, of the Dinka ethnic group, and those aligned with his former Vice President, Riek Machar, of theNuer ethnic group, exploded into fighting on the streets of Juba, the capital city. Since then, the civil war has ruined the country. Despite of several efforts to maintain peace, the International community and the UN has not gained any substantial achievement.


Where is South Sudan?

The youngest country of world South Sudan is a landlocked country in Africa situated in the south of Sudan. Its population is around 30 million. It is surrounded by six other countries, Ethiopia in east, Uganda in South, Kenya in South-East, The Central African Republic in West, Republic of Sudan in North, and Democratic Republic of Congo in South-West.


How member countries voted for UNSC 2428:

The UNSC Resolution 2428 gained 9 votes in favor and none against, however, 6 members abstained.

Currently, India is not a member of the UN Security Council so it has no vote. However, India has good diplomatic relation with South Sudan with respective embassies in other's capital.

As many as around thousand Indians have their businesses and work in South Sudan, and also around 2000+ peacekeepers and police are stationed there. During civil unrest, India deployed to C-17 Globemaster of Indian Air Force to evacuate in Operation Sankat Mochan.